Dandenong Forever in the Hearts of the De George Family 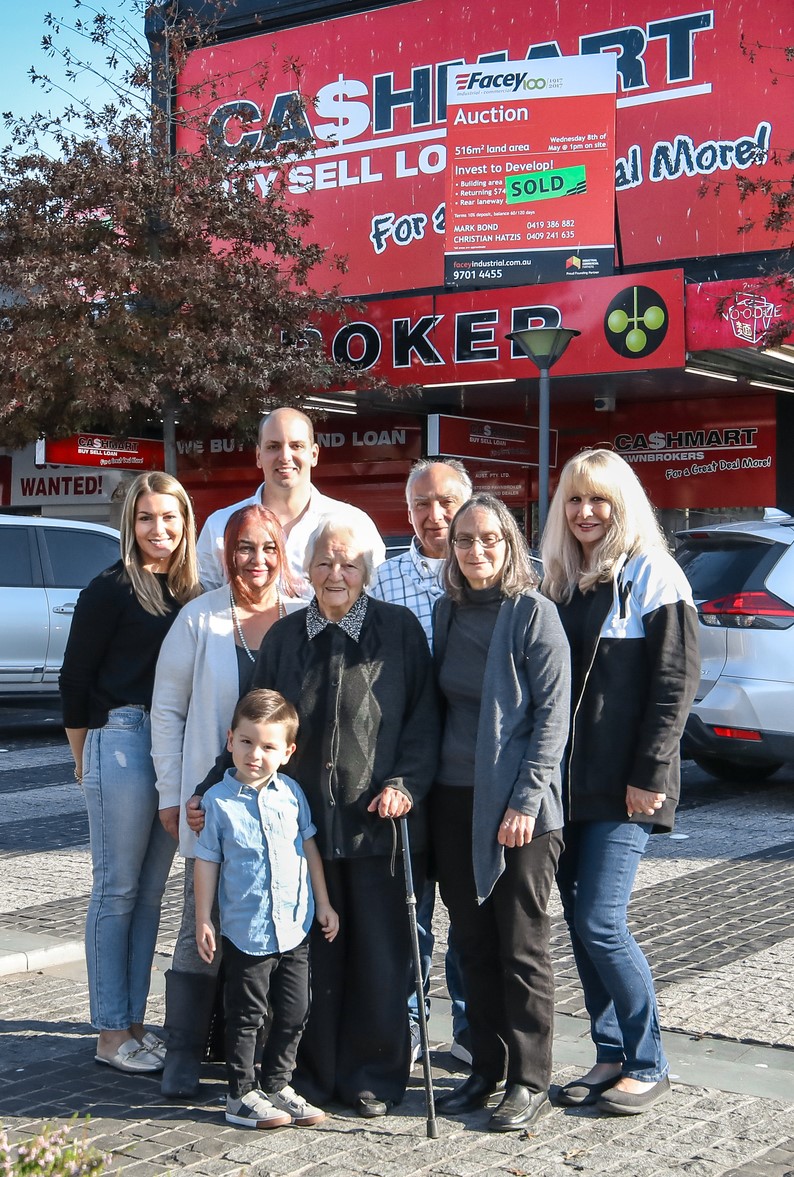 Great relationships are essential in any kind of business. However, they are especially vital in real estate. The trust between the agent and the client is crucial. Many people have histories and emotions attached to their properties, and when these go back through generations, the connections are even stronger. That is precisely the case with the property at 305-307 Lonsdale Street in Dandenong.

This property had been in the hands and hearts of the De George family for nearly a century, so it was critical that it was represented with every opportunity of success at its auction last month.

This particular building has a very personal history where many relationships were built because 305-307 Lonsdale Street used to be the iconic Dandy Café (aka Steve’s Café). Its story takes place over 54 years when the café not only served food for the plate but food for the soul.

Owner Steve De George was a local legend for his selfless contributions to his community. The Dandy Café’s story encompasses family, immigration, community and a generous spirit.

Steve De George, born Stamatios Diacogeorgiou, was born into a large family often struggling to make ends meet in Rhodes, Greece. De George, a shoemaker by trade, had big dreams. He left Rhodes and emigrated to Australia in 1927, arriving with only five shillings in his pocket.

Initially, he started working as a dishwasher, but he was always looking farther down the track. It was a happy coincidence when he got on a train, rode it to the end of the line at Dandenong and realised it was where he wanted to be. He felt an immediate connection to the place and decided then and there, this would be where he’d start a business.

Steve was the first Greek immigrant to Dandenong, so the pressure was on to make a good impression. With ambition, hard work and determination, he built the Dandy Café. It quickly grew into a bustling business filled with happy customers and came to be a beloved icon of downtown Dandenong.

Because he’d made such a successful business for himself, his thoughts naturally turned to his family and what he could do for them. He regularly sent money home to help them out. It was a happy day, in 1938, when De George had saved enough money to sponsor his brother’s immigration to Australia, and they were reunited.

Steve’s generous heart extended far beyond family. After the destructive impact of World War II, Steve reached out to help returned soldiers and those in need, providing them with warm food and hot coffee. His kindness and generosity earned him a place in the heart of the community and a place in the history of Dandenong.

Open twenty-four hours a day, the Dandy Café also became a favourite amongst truckers and even a welcoming place for American troops to muster and enjoy wholesome food.

After the war, Steve’s own family was growing, but he never forgot his family back in Greece. Over time, he was able to sponsor more members of the De George family to come and live in Australia.

Through the years, the Dandy Café and the De George family have been instrumental in the growth of Dandenong and the bustling city it has become. From humble beginnings, Steve De George created an incredible success story that connected so many people because it was built not just on capital, but on relationships.

It was with a heavy heart that Steve chose to close the doors of the Dandy Café in 1981, but his family held on to the property until its sale. It was the Facey Property Management team that looked after the property as an asset for the family for the past 30 years, and it was the Facey Sales team that sold the property before auction last month.

About the sale
“Facey is proud to have assisted the De George family with the sale of their beloved Dandy Café property. We were trusted to take it to market in the manner that we advised and were able to showcase it to a targeted audience.”

About the future
“While the recent sale of the former Dandy Café is bittersweet, we are proud to have assisted a family so integral to the Dandenong community. We know our relationship doesn’t end here. This sale marks a new chapter of opportunities for the De George family, and we take great pride in knowing we can continue to add value for multiple generations throughout this chapter and into the next.”