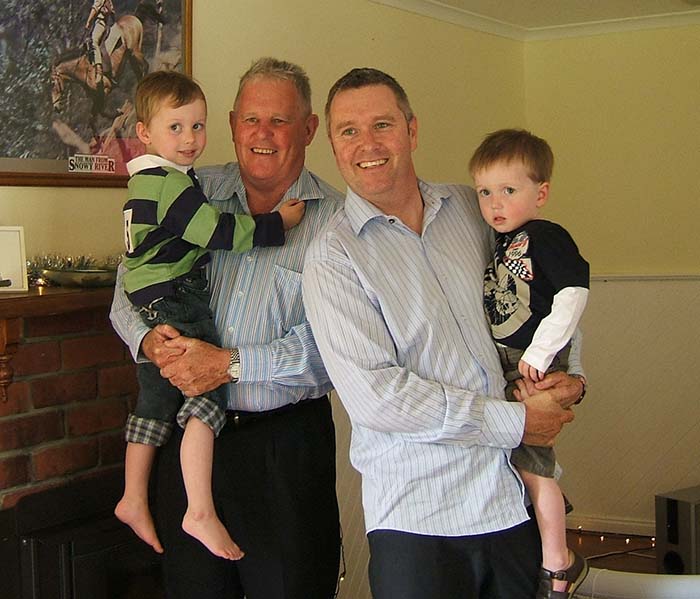 Brendan Rice is one of the few former Facey employees who has worked with both Angus and Andrew Facey. He joined the company in April 1972 and became a partner in 1975, directing the business with Andrew until 1983.

What were the early days like working with Angus and Andrew?

When I first started, the company was going through a changing of the guard from Angus to Andrew. Angus was a property valuer as well as a real estate agent and he wanted to get out of valuations, so they employed me to come in and do the valuation work for them. Andrew was an absolute gun salesman – he would outsell everybody by a mile and was a jump a minute. Angus and his wife Adele saw me as a person who could work well with Andrew. Angus, Andrew and I became partners in 1975.

Angus was the opposite of Andrew, very methodical and measured in what he did. He was like an old English gentleman. But when Angus said something you always knew to stop and listen. He started to let Andrew and I run the business we weren’t very old – in 1975 I was 30 and Andrew was younger than me. Angus would pull us up every now and then and keep us in line.

Andrew and I ran the business until 1983 when I decided to go out on my own. We’re still great mates, we have a wonderful relationship.

What did you enjoy about your time with Facey?

We worked really hard but we had great fun doing it. In those days in real estate you had to work 6 days, and under the REIV regulations at the time there was a rule that you must close your offices at 1pm on Saturday. Andrew and I would keep working after that – people would see us through the back door. I just loved it – it was so much fun. We’d finish about 3 or 4 o’clock, he’d come back to mine and have a couple of beers. Sometimes we’d go out and do a job on his farm and bring all the kids together. So while it was hard work it was really fun. They were a fantastic family to be involved with. Andrew and I are still the best of mates.

Why do you think the business has stood the test of time?

Angus was very well respected throughout the community as a person of great integrity. Facey was known as a company you could trust. Then when Andrew came along, he really pushed hard in real estate sales. Dandenong was starting to boom and there were lots of subdivisions, so Andrew became the go-to man. I built up the valuations side of the business during that time and worked with Andrew on Property Management.

How has the Facey legacy continued in your own family?

Andrew had a lot to do with our children growing up and we’d holiday together. It’s interesting now not only does Matthew, my son work for Facey (as an estate agent and property valuer), but our next child Kate works with Andrew for Parklea.

The Federal Budget – Positive for Property